Reinventing Cities: global competition opens to transform cities in the face of the climate crisis

The competition’s criteria will favour projects that deliver the most ambitious climate solutions alongside tangible benefits for the local community. It will demonstrate how the alliance between cities and business can shape the future, delivering healthier, greener and economically viable urban development.

Buildings account for about half of total urban emissions of C40 cities, and construction materials are responsible for more than 30% of global resource consumption. The need for buildings and infrastructure will intensify, with 1 billion new homes that will need to be built by 2025. This is equivalent to constructing a city the size of Stockholm or Milan every single week.

The Reinventing Cities competition harnesses the creativity of designers, architects, and innovators to foster and scale low-carbon solutions that will help move cities toward net zero emissions goals. Through the C40 Net Zero Carbon Buildings Declaration, 25 cities around the world - including Cape Town - have already committed to enact regulations and/ or planning policy that ensures new buildings operate at net zero carbon by 2030. Solutions from the Reinventing Cities competition will help create new models for sustainable development that these cities - and others - can look to in the future.

Mark Watts, C40’s Executive Director, said, “The Reinventing Cities competition has inspired exactly the inventive collaboration we need to combat the climate crisis - from the skills and creativity of architects, artists, environmentalists and entrepreneurs. The creation of new and exciting developments in cities not only reduces carbon emissions from construction, but also builds the resilient urban environments we need to cope with rising temperatures and more extreme climate events. Reinventing Cities is more than an innovative competition - it is providing vital solutions to build the urban future we want.”

Mayor of Milan, Giuseppe Sala, said: “The City of Milan joins the second round of the Reinventing Cities initiative with renewed commitment and a higher number of sites. The seven selected sites will strategically support the implementation of ‘Milan 2030’, the urban development plan driving Milan’s continued transformation into a sustainable and inclusive city. I am confident that Reinventing Cities II will bring to the field new players both from the private sector and civil society, whose innovative ideas are essential to underpin the efforts of cities to successfully address the challenges of urban, environmental and social regeneration."

Mayor of Reykjavik, Dagur Bergþóruson Eggertsson, said: "The Re-Inventing Cities project has inspired architects, urban designers and developers to aim ever higher in building sustainable innovative city landmarks in Reykjavík. In this phase, we are seeking new ideas for two locations: concrete silos at an old cement factory and a small harbour area in a new creative district called Gufunes where a new movie studio in an old fertilizer plant is the anchor development."

Mayor pf Montréal, Valérie Plante, said: “Climate change is happening fast, forcing us to act and to innovate swiftly. Reinventing Cities is a wonderful initiative meant to regenerate low-emission cities across the globe. Having had a positive first experience in this competition, Montréal is proud to participate once more. The city will be submitting a project to transform an underused site into a state-of-the art development that embodies both sustainability and resilience. The city continues to work towards becoming greener, more resilient and a role model for smart, environmentally responsible cities. Reinventing Cities offers a unique opportunity to position our metropolis as an innovative leader in terms of efficient and environmentally responsible land development solutions, and we plan to seize this opportunity.”

Deputy Mayor of Madrid, Begoña Villacís, said: “In 2050, big cities will host more than 70% of the world's population. Therefore, civil society must actively participate in the recovery of declining urban areas, through the promotion of projects that fulfil the objectives of the UN Sustainable Development Goals.”

Executive Mayor of the City of Cape Town, Dan Plato said: “Sustainable development and partnerships with the private sector and civic groups are no longer a choice, but a prerequisite, if we want to secure a future for our residents in times of limited resources. We are all aware of the challenges we are facing in Cape Town with peak hour congestion and the consequences associated with it. By prioritising dense, transit-oriented growth and development along integration zones we seek to create more inclusive communities with access to improved services, job opportunities, and affordable housing and public transport. Moreover, urban density can create the possibility for a better quality of life and a lower carbon footprint through more efficient infrastructure and planning. The impact of climate change is visible to all, and we have a collective responsibility to act.”

Chief Executive Officer of the Urban Redevelopment Authority (URA), Singapore, Lim Eng Hwee, on behalf of URA, the Singapore Land Authority, the Building and Construction Authority, and the National Parks Board, said: “Singapore strives to be innovative and sustainable as we plan ahead for the future. So we welcome the opportunity to be the first city in Asia to participate in ‘Reinventing Cities’. Through this, we are looking for creative ways to rejuvenate a unique conserved State property, and to build a vibrant community through the transformation of the site into a gateway node for visitors to enjoy nature, heritage and adventure. This project will also serve as a platform to further test and push the boundaries of environmentally-sustainable solutions, and is a testament to how buildings -- new and existing -- can be built to be more climate resilient and energy efficient, amidst the call to mitigate climate change.”

Mayor of Rome, Virginia Raggi said, "It is an important challenge not only for Rome, but also for all the cities that want to take concrete actions in order to combat climate change and protect the environment. At the same time, we want to improve the lives of citizens by restoring and requalifying abandoned spaces. The objective is to identify the best functions for the transformation of places that are shared and sustainable from an economic, social and environmental standpoint. For Rome, this is an opportunity to focus on urban regeneration, thereby increasingly improving the city thanks to unique innovative projects."

Reinventing Cities is made possible thanks to the support of EIT-Climate KIC.

C40 Cities connects 96 of the world’s greatest cities, representing more than 700 million people and one quarter of the global economy, C40 is leading the charge for a Global Green New Deal. Created and led by cities, C40 is focused on tackling climate change and driving urban action that reduces greenhouse gas emissions and climate risks, while increasing the health, wellbeing and economic opportunities of urban citizens. The new chair of the C40 is Mayor of Los Angeles Eric Gracetti; and three-term Mayor of New York City Michael R. Bloomberg serves as President of the Board. Mayor Garcetti takes over the post of C40 Chair from Mayor of Paris, Anne Hidalgo, just ahead of a year filled with critical milestones. C40’s work is made possible by our three strategic funders: Bloomberg Philanthropies, Children’s Investment Fund Foundation (CIFF), and Realdania.


Reinventing Cities in a Nutshell 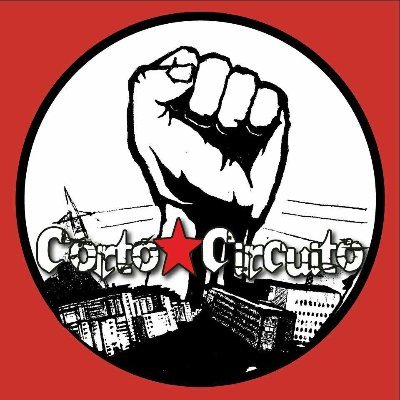 The @ieArchDesign launches a global Master in #RealEstate development & we're proud to play a role in this! The 1… https://t.co/tlhirIiKJZ