The Kelsey Civic Center will be a vibrant urban community offering 102 homes for San Franciscans of all abilities, incomes, and backgrounds. This project addresses the global impacts of climate change alongside one of the defining local issues of our time: the housing crisis.

The project focus on including people with disabilities. Less than 12% of them own or lease their own home. Our project proposes a model to change this discrimination. This fully accessible building will house in the ground-level a commercial space for green business that employs people with disabilities and will propose training programs to offer them the opportunity to participate in the green economy. The project also includes communal spaces for cooking, eating and relaxing. This co-living model minimizes resource waste, supports low carbon design, and fosters connection and community impact.

A beacon of sustainability, The Kelsey Civic Center will model an all-electric zero carbon building with on-site renewable energy and energy storage. Numerous integrated design strategies will help achieve the carbon-neutrality goal, including the use of wood. To support biodiversity and urban agriculture, the project will offer a large public garden within the building’s courtyard.

Located in the heart of San Francisco’s Civic Center, the project offers a new model of housing that makes evident the virtuous cycle between inclusion, connectedness, sustainability, and resiliency.

• Extremely energy efficient project, making use of passive strategies and heat pumps. It will be fully electric and will offset 100% of its consumption thanks to renewable electricity production systems

• No parking for fossil-fuel cars, but electric vehicles charging stations and partnerships with local car-sharing and transit organizations


An extraordinary site located at the heart of the Civic Center of San Francisco, directly next to the City hall and other iconic historical buildings. This underutilized plot of 1.3 ha, in a transforming and vibrant district of the City, has a high potential for the development of new mixed-used projects, including housing objectives and creative proposals to replicate or replace the existing community garden space.

The site is located in the heart of the Civic Center of San Francisco, California, directly across the street from City Hall, a wonderful example of Beaux Arts architecture, and next to the Bill Graham Civic Auditorium and the Davies Symphony Hall.

In addition to iconic historical buildings, Civic Center contains a concentration of government institutions, offices, and public open spaces that make it a focal point of the City’s public life, for both residents and tourists alike, including Civic Center Plaza and United Nations Plaza.

The site is located on the far West of the Tenderloin neighborhood where the median household income is just under $22,000 and poverty rate of 31%. This neighborhood has the highest homeless population around the city and hosts many social and homeless services, non-profit organizations, artists and activists. The neighborhood immediate to the west, Hayes Valley, has witnessed major transformation in the past decade with residential redevelopment replacing a half-mile stretch of land once covered by a freeway. The Hayes Valley neighborhood showcases contemporary architecture that has been successful in strengthening the sense of place and serving all segments of the population.  The Median Household Income for this neighborhood is similar to the citywide rate of about $82,000. The area is also a regional entertainment and cultural district, defined by the strong collection of cultural institutions, in addition to many new commercial, restaurant, and nightlife establishments.

Many office rehabilitation projects have also made this area a major employment center including prominent companies headquarters such as Twitter, Uber, and Square.

In this context, this underused site has a high potential for the development of a new mixed-used project including strong housing objectives and creative proposals to replicate or replace the existing community garden space. It is also an ideal site to develop a landmark project, with a mix of retrofit and new zero-carbon building, that will highlight the commitment of the City of San Francisco for a sustainable and decarbonized urban development.
Documentation
Winning Project's Memo
Results Phase 1
SSR San-Francisco Civic Center
Dataroom Access

Expected program
High-density residential above ground floor retail or other active ground floor uses, with at least 33 percent affordable housing. In addition, the City seeks creative proposals that would replicate or replace the functions of the approximately 4,000 square foot existing community garden, and expects innovative and cutting-edge technologies to fulfill and exemplify the goals of the Civic Center Sustainable Resource District.

Owner
The City and County of San Francisco.

Plot area
The Site is 13,751 square feet in size, and comprised of 3 parcels in a T configuration

Five finalists for our #ReinventingCities competition in @Chicago have been selected! Many teams proposed innovativ… https://t.co/J0ko3zEnLB 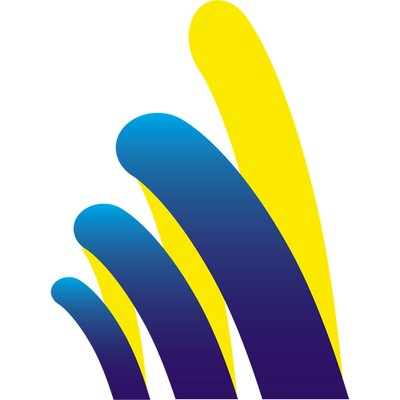